With the beginning of a full-scale war, the state, protecting information, closed all access to registers of real property rights, registers of construction activities, public cadastral map. During March-April, we could not see information, sell, alienate, register ownership and perform other activities. Then the powers were restored, but with certain restrictions:

Not all notaries were allowed to carry out material actions regarding the alienation of real estate objects, as well as to carry out state registration of rights. The list of notaries who are allowed to do this is posted on the website of the Ministry of Justice.
It is forbidden to enter into a sales contract if less than one month has passed since the state registration.
Restrictions have appeared on the sale of real estate on the basis of a power of attorney, if more than one month has passed since its issuance.

The Law “On guaranteeing property rights to real estate objects that will be built in the future” was adopted. Now, in order for the developer to be able to sell an apartment not yet built to an investor, he must first register this object (that is, the right to this apartment as an object of residential real estate) in the register of rem rights to real estate. In this way, investors will be protected from repeated resales.

The contract can be terminated with a full refund if the developer delays the commissioning of the building for more than 6 months.

A register of damaged and lost housing has been created. This is an opportunity to make a property census so that the state can then reimburse this property and housing.

During the wartime period and within one year after the end of the war, the construction of houses: individual, residential, garden, country house, as well as buildings and structures no higher than two floors and an area of up to 500 m² can be carried out without a construction passport.

Simplified requirements for the quality of construction materials and the conduct of construction activities. You don’t need a license to build now – it’s enough to submit a declaration to the local self-government body and get the right to build (the order will be valid for the duration of the war and three months after its end).

Changes are being made to state building regulations.

Viktor Kovalenko, director of the RealExpo consulting company, head of the suburban real estate portal Zagorodna.com
Topic: Analysis of the market of cottage towns in Ukraine-2022

The increase or decrease in demand for real estate in cottage towns in the conditions of war depends on the region, location, distance from the city, readiness, type of real estate and distance from the places of hostilities. A new trend has been noticed: clients are interested in more famous towns, which have long been heard by buyers.

In the western regions of Ukraine, at the beginning of the war, demand fell by 20-79%, but in Zakarpattia, Lviv, and Ivano-Frankivsk regions, it has recovered: there is a demand for inexpensive townhouses with repairs among immigrants from Kharkiv and Mykolaiv regions.

In central Ukraine, demand fell by 50 to 70%. An analysis of several districts of the Kyiv region showed that the demand in Brovarsky and Boryspilsky districts decreased from 20 to 80%, and in Vasylkivskyi – by 100 percent. This is due to the fact that many cottage towns with the “cottage” property type are being built in this area, which are very expensive and currently not in demand. 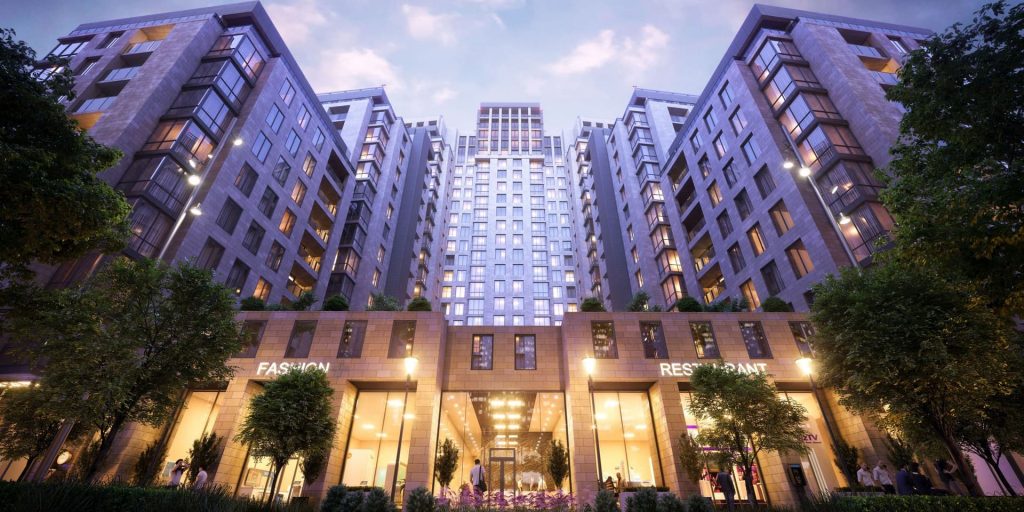 Developers say that there is interest in cottage towns, viewings, but deals are rarely reached. There is a lot of pent-up demand: buyers are waiting for the market to crash and prices to fall in order to invest profitably. Also, in conditions of war and uncertainty, people are afraid to invest in houses.

In the Ivano-Frankivsk region, the price per square meter increased by 118%. This is due to the fact that there are many cottage towns near Bukovel with high prices in the region.

The cost of houses in cottage towns depends on the type of real estate.

Viktor Kovalenko predicts a further decrease in demand and cost of real estate in cottage towns. Reasons: high competition among suburban real estate developers in millionaire cities and suburbs, decrease in real incomes of Ukrainians, lack of mortgage lending on the primary market in the segment of suburban real estate, decrease in solvent demand. According to Mr. Viktor’s forecasts, the situation will change and demand will increase in March-April 2023.

Roman Orlov, head of social and charitable projects of the International Ukrainian Crisis Fund.
American fund, founded at the beginning of the full-scale Russian invasion and aimed at pooling resources available in the United States for distribution and assistance in Ukraine